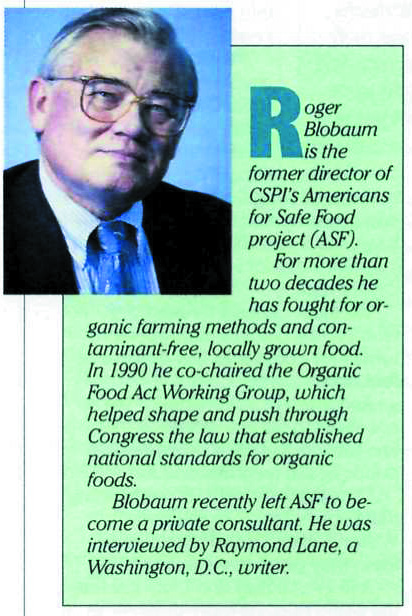 A: Not necessarily. It sometimes contains trace amounts of synthetic chemicals.

Q: How can that happen?

A: There are lots of ways. Pesticides can be carried to organic fields by irrigation water, rain, wind-blown dust, fog, and drift from spray that has been applied elsewhere. And even if that doesn’t happen, the soil in which organic foods are grown could contain traces of chemicals that were used years ago.

There is so much “background” chemical pollution on our farmland that it’s impossible to make a claim for absolutely residue-free food. In some soils the contamination is so bad that it could take years for all the chemicals to disappear.

A: Some researchers believe that organically grown produce contains more vitamin C and lower nitrate levels. But there is really no good evidence that it has more vitamins or minerals. We have never done the kind of studies that would help us answer that question.

One thing is certain. Since you don’t have to peel organically grown fruits and vegetables to get rid of wax coatings or fungicide residues, you’ll probably get more fiber if you eat organic produce.

A : Most people think so. One reason is that organic growers try to select varieties on the basis of taste rather than how they respond to fertilizers and other conventional growing methods.

For example, we’re seeing organic apple growers come back with the old tasty varieties like northern spies and pound sweets, which went out when most of them switched to ‘pretty’ fruit.

Q: If an organic apple isn’t necessarily free of pesticides or more nutritious, why should I buy it?

A : First, because it’s probably safer. In those rare instances when pesticide residues are found, on apples or any other crop, we’re talking about trace amounts.

Second, buying organically grown food is a way to use your food dollars to support farmers who adopt environmentally sound alternatives to conventional farming practices. It’s a way to vote for, and support, the kind of farming system and the kind of environment you want.

Q: If I were a farmer and wanted to grow foods organically, what would I have to do?

A : You’d have to develop a sound “transition plan” to stop using pesticides and synthetic fertilizers and to adopt practices that maintain and replenish the fertility of your soil. Then, if you followed the plan for at least three years, you could ask to have your operation certified as an “organic” farm. And, of course, you’d have to follow whatever other standards your state had.

A: Not yet. What’s more, only 26 states have laws that regulate, or certify, the production and marketing of organic food.

Q: And in states with no laws? At Farmers can get their operations certified by independent certifying groups.

A : True. But it also reflects the fact that organic food and sustainable agriculture are grassroots phenomena. And any lack of uniformity in certification requirements will disappear by September of 1993, when we will have a national definition of “organic.” At least that’s what the National Organic Standards Law of 1990 requires.

Q: Even with a national definition, what’s to stop someone from slapping an “organic” sign on non-organic produce?

A: That’s the key question, because it strikes at the integrity of organic food. If we can’t answer it, we might as well not tell people that they should eat organic. The answer is straightforward: Certified organic food will come to your grocer’s shelf with a guarantee.

A : It starts at the organic farm, where either state or private certification inspectorsverily that organic practices are being used. They monitor the entire crop cycle and verify—by examining the complex paperwork required of organic farmers— that everything put on the field meets the standards.

Then they could, for example, determine the yields and compare them with the record of shipments. If a farmer produces 20,000 pounds of certified carrots, but if farm records show that 30,000 pounds were shipped, there would be a lot of explaining to do.

Q : How do you know that it’s going to work that way?

A : Because in many places it already is. I recently visited an organic raisin grower in California. After the grapes are picked and dried in the same row where they were grown, they are dumped into numbered boxes right in the field.

Once this information is entered into the computer, it becomes a verifiable line of identity that stretches from thefieldto the checkout counter. It follows the raisins everywhere, and means that they can be traced just like a Federal Express package. And when national standards take effect in 1993, every consumer will have access to the paperwork, and to the audit trail that results.

Documentation will exist for every “organic” claim. You can—and should—ask to see it.

A : Of course. Like with anything else, there’s no absolutely foolproof system. But these stores will be nabbed as soon as consumers demand to see the documentation.

Q: Will there also be standards for “organic” meat?

A: Yes. The legislation provides for that. Some states have standards, but they have never been implemented because the U.S. Department of Agriculture doesn’t allow meat to be labeled or sold as “organic.” We expect that to change as early as September of 1993, though, when national standards go into effect.

A : Some do, but it isn’t labeled “organic,” which would be illegal. Several producers have received permission from the USDA to state, for example, that their animals have been raised on organically-grown feed and that hormones and drugs were never used. Coleman Beef, which uses one of these USDA-approved labels, has even been certified by an organic certifier. But it still isn’t permitted to label and market its beef as “organic.”

Q: Why does organic food cost so much?

A : It doesn’t, at least not over the long term. The price of non-organic food doesn’t reflect the “cost” of chemical contamination of the environment, for example, or the health problems of farmworkers. Some resource accounting studies suggest that when you factor in those costs, organic food is a real bargain.

Organic food is more expensive, at least at the supermarket, for several reasons. To start with, the price has to reflect the cost of the certification system, includ- ing all the documentation that assures consumers that it was grown organically.

Organic food also moves through an entirely separate system, to avoid any possibility that it could lose its identity by being commingled with non-organic food. Producers, distributors, and retailers tend to be smaller, which can translate into trouble keeping up with demand, more spoilage, and big pricefluctuations.Of course, prices for non-organic produce can also vary tremendously.

When the organic industry gets big enough to even out the supply and achieve the same economies of scale that are found in non-organic production, prices should decline. Even then, however, I would expect consumers to have to pay 10 to 15 percent more for organically grown produce.

Q: And for organic grains and packaged foods?

A : That’s an interesting area. If we stop looking at produce as the test for organic, and look at some of the longer shelf-life foods like frozen dinners, juices, baby food, soups, and cookies, the price differences aren’t that great.

Organic grains, for example, are no more expensive than conventionally grown ones. That’s because we’ve had a burst of production as grain farmers have switched to organic methods. The number of broccoli or strawberry farmers converting to organic has been far lower.
Another trend we’re seeing is more certification of organic foods throughout Latin America. And that means more organic coffee, bananas, and other imported produce, even in the off-season.

Q: Is organic food a fad?

A: Not a chance. More than 60 countries now have grower organizations. Nations like Japan, which imports large quantities of food, are becoming important organic food markets. Adoption of national stan- dards will give the U.S. organic industry a big boost.

Q: How big is the organic market in the U.S.?

A : Sales of organic food totaled about $1.25 billion in 1989. That’s tiny when you compare it to total supermarket sales, which were about $350 billion. But the organic market appears to be growing at the rate of about 35 percent per year. 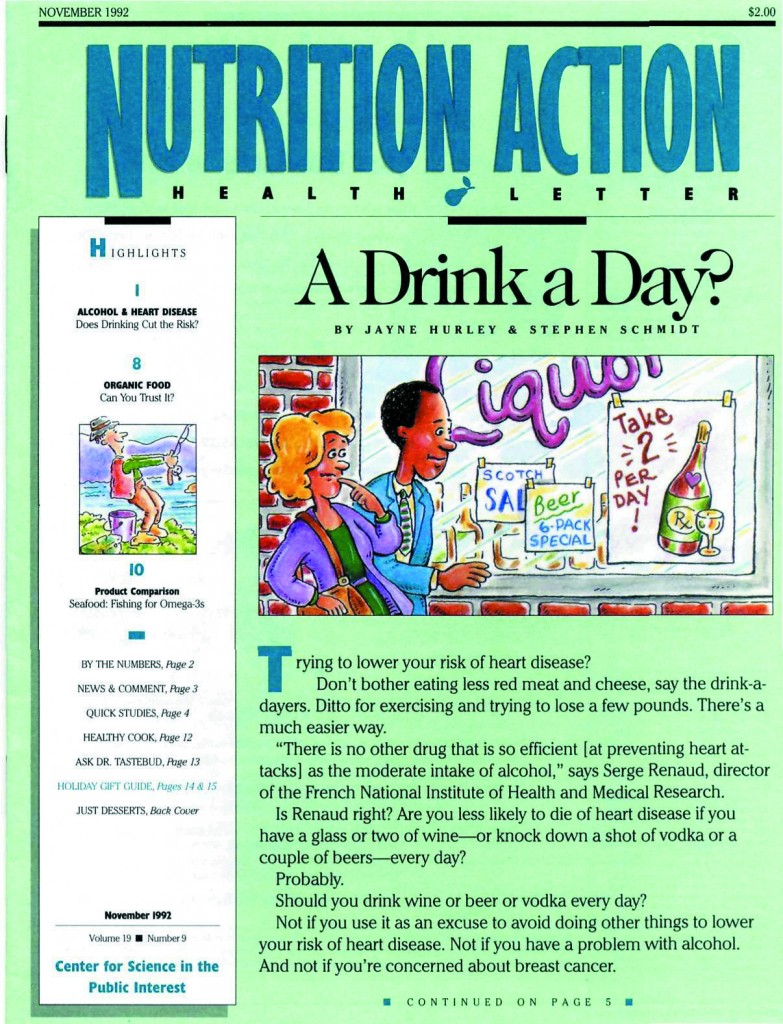