Editor's note: It sometimes happens that a human being is so profoundly affected by one moment in time, that their entire life’s purpose comes into focus. That moment happened for Roger Blobaum in 1971, the first time that he visited an organic farm—Clarence Van Sant’s near Grinell Iowa. Roger was so moved by the vitality of the soil, crops, and animals, that it set the course for his life work and dedication. The results of that moment are present in this historic collection and are a precious gift to nature, land, and the sustainable agriculture community.

It has been an extraordinary experience for me, after 25 years as an organic farmer, to sit in Roger’s basement office and hold in my hands these documents that have played an integral role in shaping organic policy and thinking. The success of organic farmers and the development of the organic movement has been greatly influenced and supported by Roger's passion and contributions. The life work and organic spirit of Roger Blobaum is truly an earth endowment that will never stop giving. - Atina Diffley, editor and designer, Roger Blobaum’s Organic History Website, March, 2012 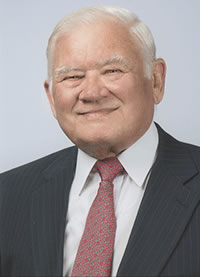 Roger Blobaum is an independent consultant providing project design and management, research, and other services to organic and sustainable agriculture organizations and institutions. As an organic farming advocate, he has served many years on international and national boards, committees, and advisory groups.

He served as an agricultural staff member in both houses of Congress and was co-chair of the Organic Working Group, a coalition of consumer and environmental and other organizations that helped shape the 1990 Organic Foods Production Act and push it through Congress. He has been a public member of USDA’s National Sustainable Agriculture Advisory Council and of the Department of Energy’s Food Industry Advisory Council.

Roger was a delegate for five years to the Food Labeling Committee of Codex Alimentarius, a UN-sponsored food standards agency, and served on the working group that developed the Codex international organic guidelines. He served five years as the associate director of the World Sustainable Agriculture Association, headed its Washington office, and was its accredited representative to the United Nations.

He served 14 years on the board of the International Organic Accreditation Service, which accredits organic certifiers operating in more than 75 countries. His international work includes consultations with the Green Food Development Center, an agency of the Ministry of Agriculture in China, and with the Institute for Agroecology at China Agricultural University. He also was a consultant to the Regional Environmental Center in Budapest, where he was on a team that developed an organic and sustainable agriculture small grants program implemented in 12 countries.

Roger served as a board member of Midwest Organic and Sustainable Education Services (MOSES) for fourteen years, on the Center for Food Safety’s advisory committee, and is an advisor to the National Organic Coalition. He was a founder of Organic Watch and the National Sustainable Agriculture Dialogue and has served on the boards of Appropriate Technology International, the Organic Alliance, Michael Fields Agricultural Institute, the Organic Field School and the Organic Farming Research Foundation.

He grew up on a family crop and livestock farm in Southern Iowa and has a B.S. from Iowa State University and an M.S. from the University of Wisconsin at Madison.

His work in organic agriculture began in 1972 when he became a consultant to the Rodale Press and interviewed and photographed Midwest organic farmers and wrote about them for Organic Gardening and Farming magazine and other Rodale publications.

These are the highest honors bestowed by CALS. The Honorary Recognition Award, established in 1909, recognizes individuals who have made significant contributions to their professions, their communities and the university.

Roger Blobaum, an agricultural consultant, has been a leader in organic farming research, education, advocacy and policymaking since the early 1970s. He has served on boards of more than 30 regional, national and international organic and sustainable agriculture organizations, including Midwest Organic and Sustainable Education Service (MOSES). His contribution to MOSES includes developing the Organic University, which provides short courses to more than 500 participants annually, and the MOSES farmer-to-farmer mentoring program. He was a founding director of the International Organic Accreditation Service, a founder and associate director of the World Sustainable Agriculture Association, and a participant in the 5-year process of setting international organic guidelines. He co-chaired a coalition of national organizations that helped shape the 1990 Organic Foods Production Act and that successfully advocated its enactment. His organic research contributions include developing and coordinating Ceres Trust programs that have awarded more than $6 million in grants to land grant university faculty and graduate student researchers. 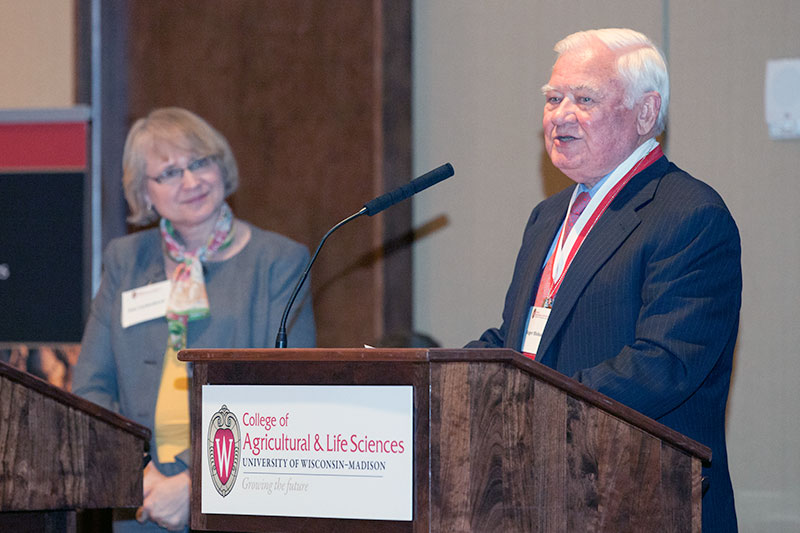 At its most elemental level, the word “organic” means “alive.” The following people, through their vision, sweat, passion and persistence, brought life to the organics industry. They have dedicated their lives to improving ours, and they are alive with the spirit of organics.

Years in the industry: 32. Blobaum began as an editorial consultant to Rodale Press and spent six years on the organic steering committee of the National Campaign for Sustainable Agriculture. He’s been a board member of the International Organic Accreditation Service, the Organic Farming Research Foundation, the Michael Fields Agricultural Institute and the Organic Alliance.

How have you influenced the organics industry? “My attempts … have focused on broadening the base of the organic community by mobilizing support for organic food and farming by consumer, environmental, animal protection and other public interest sectors. The combination of organic farmers and the organic industry is still a tiny economic sector, [which] needs allies to be effective in the political and regulatory arenas, and lacks the resources and political clout to go it alone.”

Do you think the mainstreaming of organics has been good for the industry? “For the most part, [it’s] a necessary and positive development. This seems obvious when the number of certified organic farmers, after 40 years of development, is still less than 9,000; only 0.3 percent of U.S. crop and pasture land is under organic management; and organics sales account for less than 1 percent of what consumers spend for food. Mainstreaming will assure organic sector growth in the long run, however, only if it can be accomplished without compromising organic integrity, failing to meet consumer expectations, eroding public confidence in the organic label, or making marketing claims that cannot be verified.”

What do you think is the future of organic regulations? “Overall, I believe [they] will become increasingly politicized and globalized and that the influence of organic farmers, independent organic companies, consumers, environmentalists and animal protection advocates will be diminished. We see this already in the performance of the National Organic Program, which is undermining public confidence in the government-based regulatory/enforcement approach and is raising serious concerns about the ability of government regulators to guarantee organic integrity. Legislation to update and improve the 1990 Organic Foods Production Act would appear to be an obvious solution. But this has been resisted due to mistrust of the political system that would be called on to change the law. Trends [such as erosion of farmer and consumer input and disappearance of pioneer organic companies through mergers and acquisitions by international food companies] will be exacerbated if the outdated and flawed organic law remains unchanged and current attempts to weaken international organic norms and diminish the influence of private certification and accreditation alternatives continue.”

What do you think will be the next hot category in the organic marketplace? Will any category or product fade? “If the growing trend toward factory-farm practices on organic farms can be reversed, I believe the marketing of organically produced meat, milk and other livestock products is a huge, unrealized … opportunity.”

Read about the 24 others honored by the Natural Foods Merchandiser.